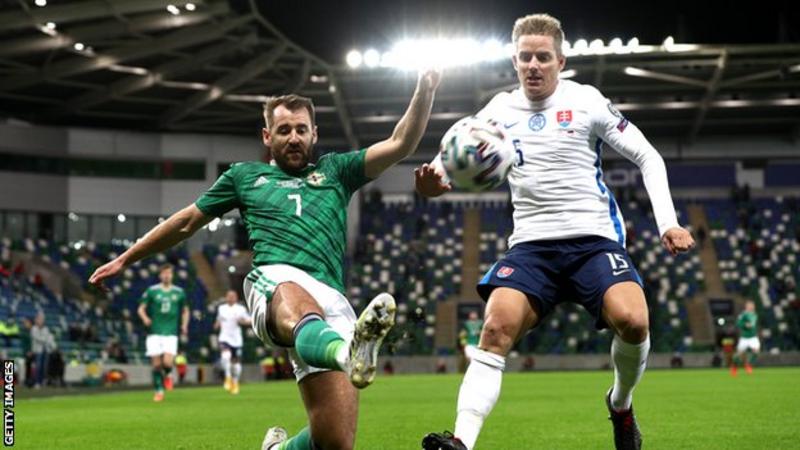 The home side had equalised in dramatic style when defender Milan Skriniar put the ball into his own net with two minutes of normal time left to cancel out Juraj Kucka’s early opener.

Substitute Kyle Lafferty then nearly won it for Northern Ireland when his long-range effort hit the post in the 90th minute.

But the game went to extra time and Michal Duris, on from the bench, made the most of a lucky ricochet to score Slovakia’s winner in the 110th minute.

The win takes Slovakia though to their second consecutive Euro finals and prevents Northern Ireland from repeating their feat from four years ago.