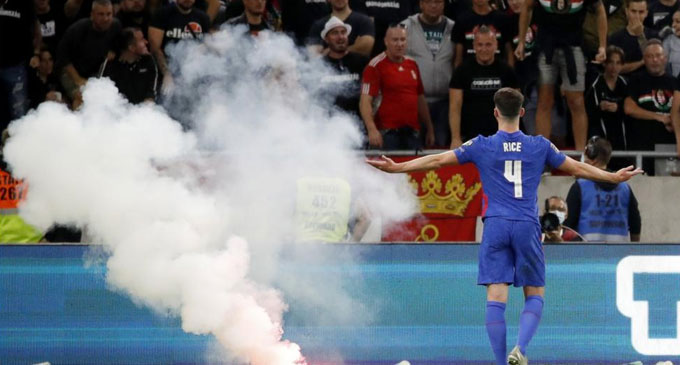 (FASTNEWS |  ENGLAND) – Fifa has opened disciplinary proceedings after racist abuse was aimed at England players during Thursday’s 4-0 win over Hungary in a World Cup qualifier in Budapest.

Raheem Sterling and Jude Bellingham were both targeted.

England players were also pelted with objects in the second half and a flare was thrown on the pitch by the home fans at Puskas Arena.

Borussia Dortmund midfielder Bellingham, 18, tweeted on Friday: “Part of the game and always will be until proper punishments are put in place by those with the power. We can’t let hate win, keep smiling.”

“It is a disgrace how it keeps on happening,” said Chelsea midfielder Mason Mount.

“When these things happen, consequences need to take place and the FA will be speaking to Fifa about it and hopefully it keeps getting put to them and they hand out bans.

“But it needs to stop and we need to get this out of football.”

British Prime Minister Boris Johnson urged Fifa “to take strong action against those responsible to ensure that this kind of disgraceful behaviour is eradicated from the game for good”.