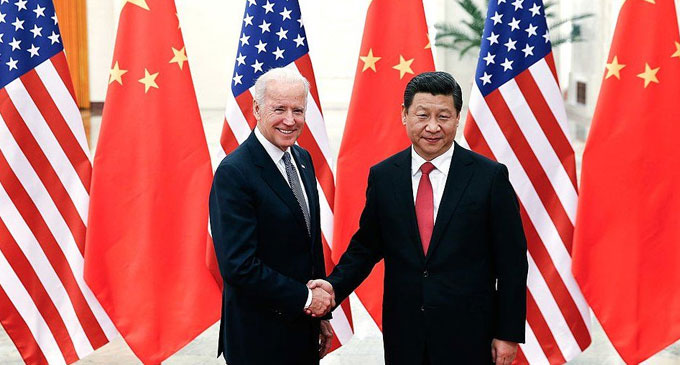 (FASTNEWS |   CHINA) – Chinese President Xi Jinping has spoken with his US counterpart Joe Biden for the first time in seven months.

A White House Statement said both leaders had “discussed the responsibility of both nations to ensure competition does not veer into conflict”.

This is only the second call between them since President Biden took office.

US- China relations have been tense, with clashes over issues like trade, espionage and the pandemic.

Chinese state broadcaster CCTV said the phone call was “candid [and] in-depth”, adding that it had covered “extensive strategic communication and… issues of mutual concern”.

“Whether China and the US can properly handle their relations… is critical for the future and destiny of the world,” said Mr Xi, according to the CCTV report.

Within the first six months of his administration, Mr Trump spoke to Mr Xi twice over the phone, and also invited the Chinese President to Mar-a-Lago, Mr Trump’s private club, where the two held talks in person.