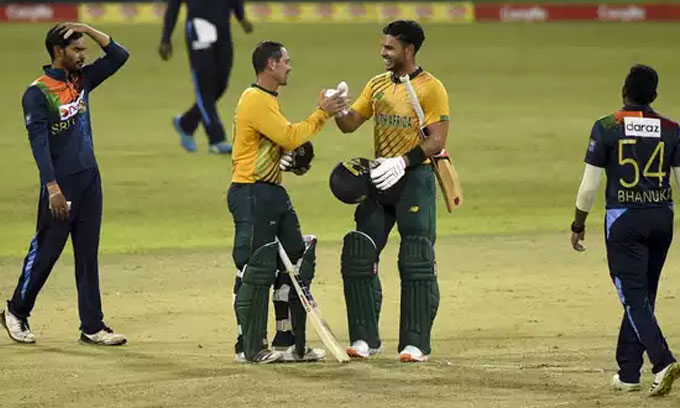 The Proteas reached the target in 14.4 overs to spare, and completed back-to-back T20 series sweeps against Sri Lanka.

But none of the batsmen, except Kusal Perera (39 off 33) managed to play a good knock.

Shanaka tried to dig in but could manage only 18 off 26 balls.

Chamika Karunaratne, however, hit 29 off 19 including a last-ball six to Sri Lanka a fighting total.

This was the last match for both teams before the ICC T20 World Cup.