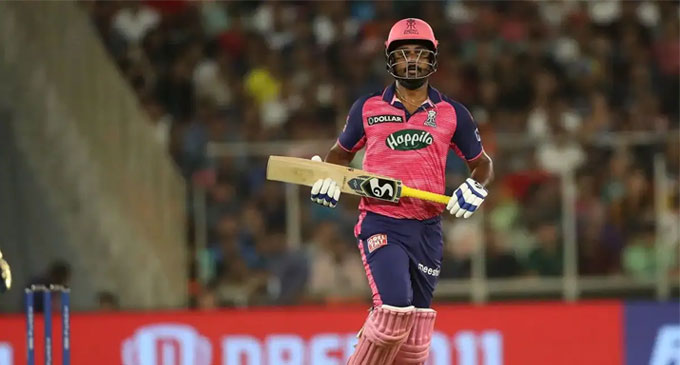 ‘I am proud of my team’ – Sanju Samson

(FASTNEWS | INDIA) – Rajasthan Royals’ Sanju Samson could have been the second captain after Shane Wane to lift the IPL trophy. But his fate had other ideas as RR failed to put up a good total on board as they won the toss and opt to bat first at the Narendra Modi Stadium in Ahmedabad.

RR never quite get going as they lost Yashaswi Jaiswal after a good start. Then triple strikes from Hardik Pandya rattled the side which accounted for him, Jos Buttler, and Shimron Hetmyer. Nonetheless, Samson hailed his side for playing ‘good cricket.’

“This season is really special for us. We have been able to play good cricket and give fans some happy moments. All the youngsters, seniors played well as a team, I am proud of my team,” Samson said in the post-match presentation ceremony.

He added that the management knew that key to the trophy is having a bunch of effective fast bowlers. That’s why they invested a lot in the likes of Trent Boult, Prasidh Krishna and Obed McCoy.

“We believe quality bowlers win you the tournament. So we invested in them. With Jos playing throughout 20 overs, my role was a bit different. It was a decent season for me, nice 30s and 40s and 20s. But there is a lot to learn. And huge congratulations to Gujarat Titans.” Samson added.

After posting an underwhelming total, Rajasthan had to produce a special effort with the ball to get back in the game.

The pace duo of Trent Boult and Prasidh Krishna were brilliant in the powerplay, reducing Gujarat to 31 for two with Wriddhiman Saha (5) and Matthew Wade (8) back in the dugout.

Krishna got one to seam back in from good length to breach Saha’s defence and crash into the stumps.

Boult, who also bowled a maiden over in his tidy spell, removed Wade. Gujarat would have been three down in the powerplay if Yuzvendra Chahal held on to a simple catch of Gill off Boult in the first over of the innings.

Hardik and Gill struggled to get the boundaries but never felt extreme pressure as the asking rate remained very much in control.

R Ashwin was introduced in the 12th over and Hardik (34 off 30) decided to go after him, collecting a four and six off successive balls to bring up the 50-run stand with Gill and take Gujarat to 77 for two in 12 overs.