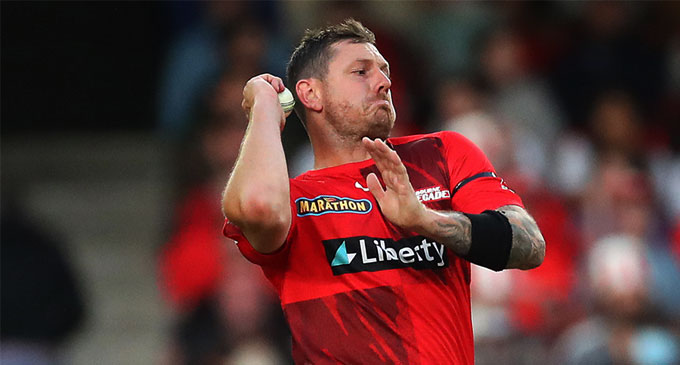 (FASTNEWS | AUSTRALIA) – Pacer James Pattinson has split ways from Melbourne Renegades and won’t play for them in the Big Bash League, 2022.

Pattinson had signed a three-year contract with the Renegades ahead of the 2020 season, but will now depart with one year still left in the contract.

The Renegades confirmed that through a statement put out on Thursday, June 23.

“Pattinson was contracted for the upcoming season, with he and the club agreeing to mutually part ways,” said the statement.

Pattinson has cited the need to spend time with his family for the decision.

“Unfortunately I could only commit to part of the season given my state and overseas cricket commitments. I’ll need to take a break in December to give my body a rest and also want to spend that Christmas period with family. I’d like to thank the Renegades for my time there and wish them all the best for the season,” Pattinson was quoted as saying.

The BBL teams are now open to sign contracts with domestic players, and there has also been a newly introduced draft system to pick the overseas players this season.

“We understand the position he’s in with prioritizing his County and State cricketing commitments and appreciate him being upfront with us,” said James Rosengarten, General Manager of Melbourne Renegades.

“With James only being available for part of the season, we feel the best option for us is to utilize this list spot on a player who can fully commit to the Renegades for all of BBL|12.”

“The timing of this decision allows our list management team to balance the role of that player alongside who we may target in the overseas player draft.”