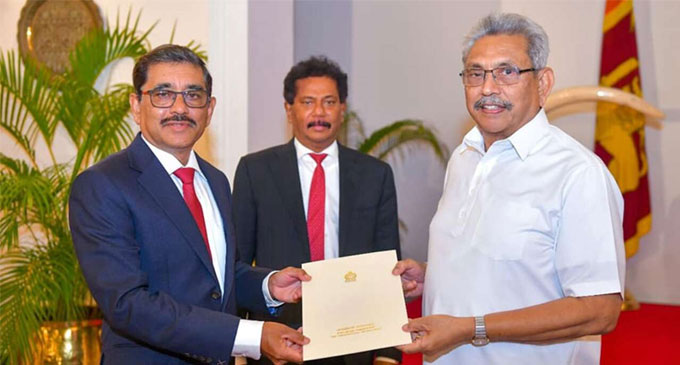 Dr. Nandalal Weerasinghe to continue as Governor for next 6 years

(FASTNEWS | COLOMBO) – Dr. Nandalal Weerasinghe has received his letter of appointment as the Governor of the Central Bank of Sri Lanka for the next six years.

The President’s Media Division said Dr. Weerasinghe’s six years in office will be effective from the 4th of July 2022.

Dr. Weerasinghe was first appointed as the new CBSL Governor on the 8th of April.

He was appointed to the post of CBSL Governor that was left vacant with the resignation of Ajith Nivard Cabraal, the former Governor of the Central Bank of Sri Lanka.