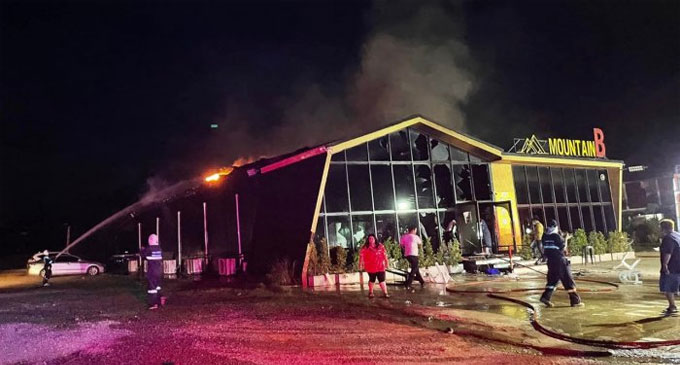 Thirteen killed, 35 wounded in fire at nightclub in Thailand

(FASTNEWS | THAILAND) – Thirteen people have been killed and 35 injured after a fire broke out on Friday at a nightclub in Thailand’s Chonburi province, southeast of the capital Bangkok, a police official said.

Police Colonel Wuttipong Somjai said by telephone that the fire at the Mountain B nightclub in the Sattahip district had started at about 1:00 a.m (1800 GMT Thursday) and that all the victims up to now were Thai nationals.