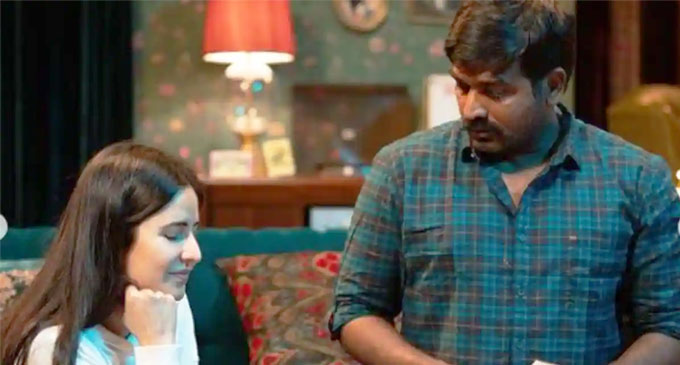 The cast was rehearsing together for this Ramesh Taurani and Sanjay Routray production. It was reported that Katrina, Vijay and Sanjay Kapoor starrer is in its last leg, and the actors will resume filming for the movie soon.

“They have already completed seventy perfect of the film, and the remaining thirty percent will be shot in August and September. They have a one week schedule in Mumbai that will begin from next week, which will be followed by another three weeks schedule in September which is divided in Mumbai and Pune.”

”September’s schedule is the last one after which they will wrap up the film. These are two very important schedules and the entire cast will be a part of it.”

”While this month they will be filming some intense scenes, next month will be a mix with song sequences too. Meanwhile, Sriram has already simultaneously begun work on the post-production of the movie,” informed a source close to the development.

After her wedding in December last year, Katrina had officially announced the film on Instagram. “New Beginnings. BACK ON SET with director #sriramraghavan for Merry Christmas! I’ve always wanted to work with Sriram Sir, He is a master when it comes to narratives that showcase thrillers and it’s an honor to be directed by him. .”

”Super excited to be teaming up with @actorvijaysethupathi for this one produced by @rameshtaurani & @sanjayroutraymatchbox,” she captioned her image with the team of Merry Christmas.