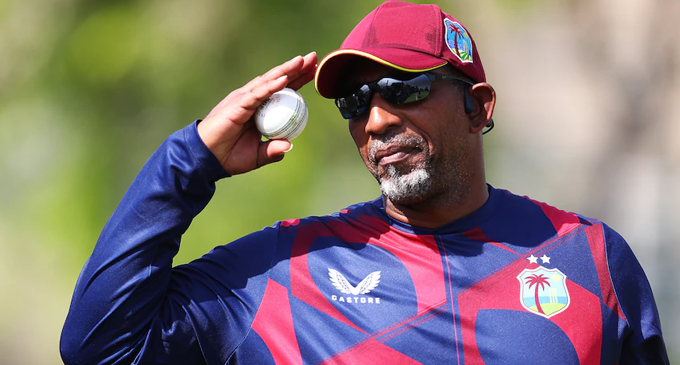 (FASTNEWS |  WEST INDIES) – Phil Simmons will step down as coach of the West Indies after their early elimination at cricket’s T20 World Cup, the team has announced.

Simmons will leave after the Windies’ two-Test series against Australia, which runs from November 30 to December 12.

West Indies lost two of their three group games — against Ireland and Scotland — to miss out on qualifying for the Super 12s’ stage of the World Cup in Australia.

Their final match summed up the tournament for the West Indies, with the team’s powerful batting potential left unfulfilled against Ireland, making just 5-146 from 20 overs.

The team then let Ireland take control in the powerplay, with the Irish skating away to a 73-run opening partnership, at 10 an over, between Paul Stirling and Andrew Balbirnie, to set up a comfortable win.

It is the Windies’ earliest exit from the global showpiece since the inaugural 2007 tournament in South Africa.

“I acknowledge that it’s not just the team that is hurting, but the proud nations we represent as well,” Simmons said.

“It’s disappointing and heart-wrenching but we just didn’t turn up.

“We weren’t good enough and we now have to watch a tournament play out without our involvement. It’s unfathomable and, for that, I deeply apologise to our fans and followers.”

Simmons took over for his second stint in charge of the West Indies in 2019. In his first, the team won the world T20 title in 2016.

West Indies will face Australia in the first Test in Perth, beginning at the end of November, before travelling to Adelaide for the second match in the series.