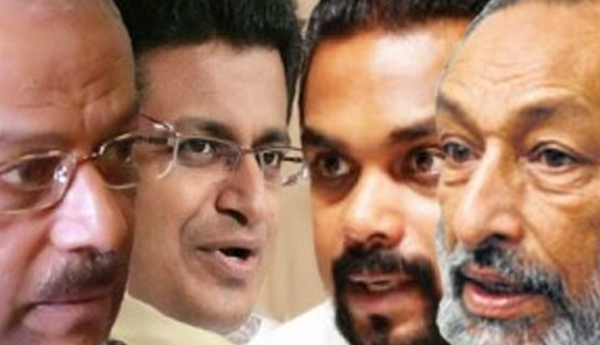 United People’s Freedom Alliance Member of Parliament Udaya Gammanpila says Sri Lanka Freedom Party is being destroyed through an internal conflict. He is not a member of the SLFP.

MP Gammanpila said , there is a visible conspiracy by some SLFP members to strengthen the United National Party.

Speaking at a public rally yesterday, Minister Ranjith Maddumabandara said, the SLFP has to face the consequences of their past mistakes.

The Minister said several individuals in the SLFP are openly attempting to divide the party.

Minister Ranjith Maddumabandara added, the Joint Opposition has confirmed the victory of the UNP at the upcoming local government election.