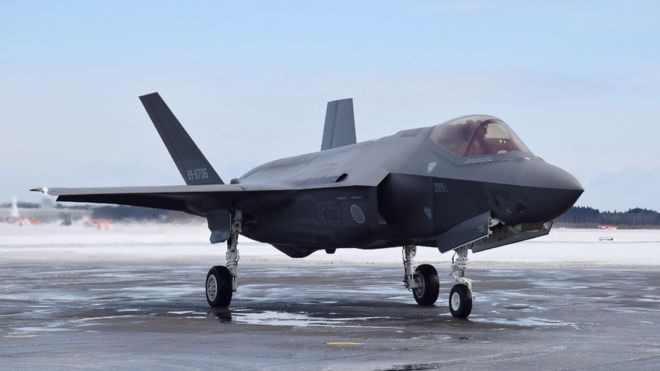 (FASTNEWS|COLOMBO) – Wreckage from a Japanese F-35 stealth fighter jet has been found, a day after it disappeared from radar over the Pacific Ocean.

The pilot of the plane, however, is still missing, Japanese military officials said.

Parts of the plane have been recovered during search operations at sea.

It is not known why the plane, which is less than a year old, lost contact and crashed.

The fighter jet went missing at 19:27pm on Tuesday as it was flying 135km (84 miles) east of Misawa, a city in north-eastern Japan.

It lost contact about 30 minutes after taking off from the Misawa Air Base.

No problems with the aircraft had previously been reported, according to Japan’s public broadcaster NHK.

Rescue teams are continuing their search for the male pilot who is in his 40s, according to news site Kyodo.

The country has now grounded its 12 remaining F-35 fighter jets at the Misawa base temporarily, said Defence Minister Takeshi Iwaya.

This is only the second time an F-35 has crashed since the jet began flying, according to Reuters.