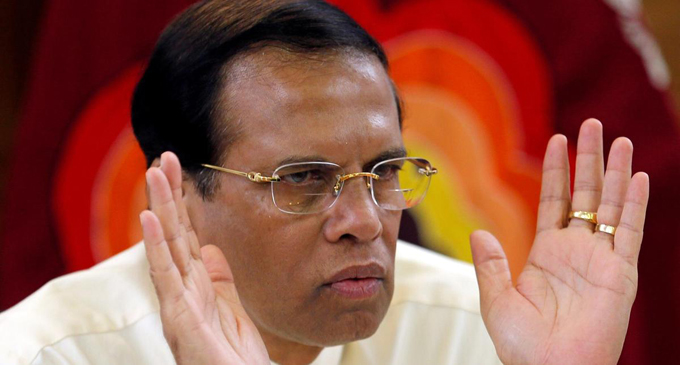 (FASTNEWS|COLOMBO) – President Maithripala Sirisena has given instructions to the relevant Authorities to take forward all the programmes implemented to protect the environment in a strong and efficient manner while declaring an Environment Week in parallel to the World Environment Day which falls on 05 June.

The President gave these instructions participating in a progress review meeting of the Central Environmental Authority (CEA) held at the Auditorium of the CEA on Friday (24).

During the meeting, the President scrutinised the progress of the programmes implemented by the Authority so far as well as regarding the future plans of the Authority.

The environmental projects are to be completed on time and increasing the number of environmental activists and other facts were discussed in detail while connecting the parties including school children in programs for environmental conservation, protection was stressed by the President.

Barring the usage of polythine, barring the high density noises that comes from the hones of the vehicles, empowering the environmental police, and towards the other environmental conservation the Government provided a progress review regarding the important decisions taken by the Government within the past few days and the progress of the programmes were reviewed like wise.

The President also inspected the progress made in Katugasthota, Gohagoda garbage dumps and the solutions that were identified as a major environmental problem in Kandy City.

Secretary to the Ministry of Mahaweli Development and Environment Anura Disanayake, CEA Chairman A. J. M. Mussammal, Director General Hemantha Jayasinghe, and Senior Officials were also participated on this occasion.