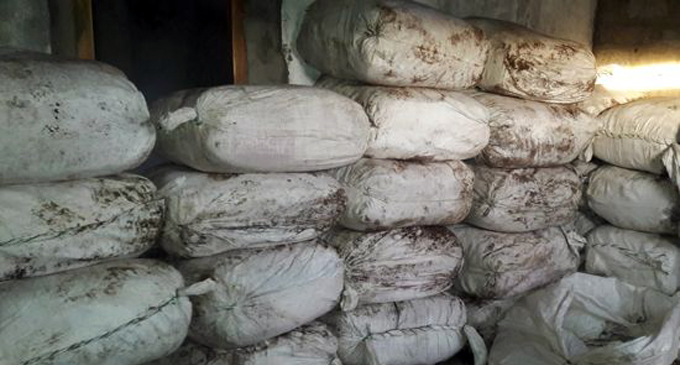 (FASTNEWS|COLOMBO) – Sri Lanka Navy personnel have discovered 980kg of beedi leaves during a search conducted at Erambugodella in Puttalam.

A group of naval personnel attached to the Northwestern Naval Command, during a search conducted in Erambugodella area, found this haul of beedi leaves left at the beach on Friday (19).

The stock of beedi leaves which was in packages had been concealed in 02 dinghies. The recovered beedi leave packages are due to be handed over to the Colombo Customs for onward investigation, SLN said.

Meanwhile, the Navy says it managed to apprehend a number of drug traffickers as well as seize a large quantity of drugs attempted to be smuggled into the country, as a result of continuous naval operations.