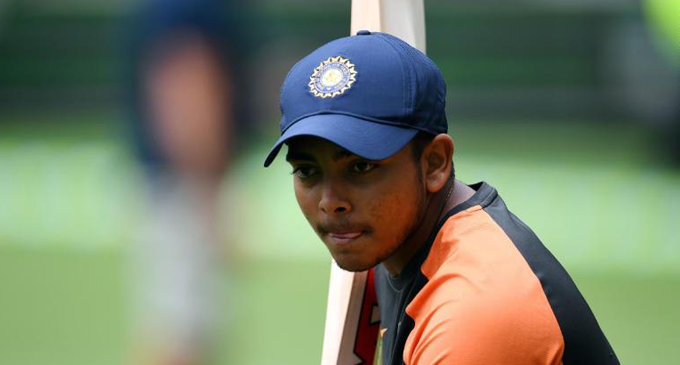 (FASTNEWS|COLOMBO) – Prithvi Shaw, one of India’s most promising cricket stars, has been banned from the sport until the middle of November after testing positive for a prohibited substance.

The 19-year-old, who made became the youngest Indian to make a century on debut after hitting 134 against the West Indies in October 2018, was found to have “inadvertently ingested a prohibited substance, which can commonly be found in cough syrups.”
The batsman has been banned for eight months by India’s Board of Control for Cricket (BCCI) — backdated to March 16. He will be free to resume playing from November 15, 2019.