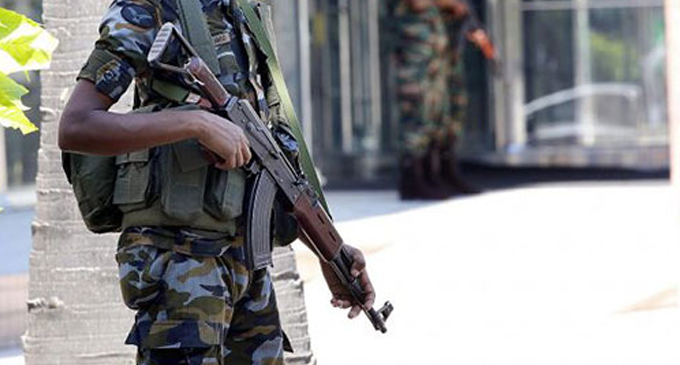 (UTV|COLOMBO) – An airman on duty in front of the official residence of the Switzerland Ambassador in Colombo has committed suicide by shooting himself.

The Sri Lanka Air Force (SLAF) airman was on security duty in front of the Swiss Ambassador’s residence located on Thurston Road in Colombo 03.

He had suddenly taken his own life by shooting himself to death using his service weapon, sources said.