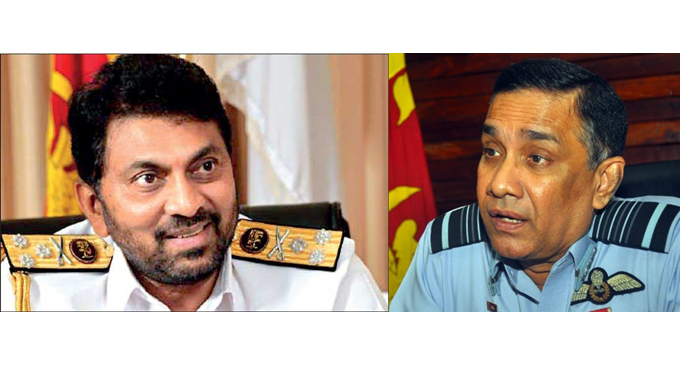 The President had earlier awarded the honorary military ranks in an extraordinary gazette notification and the formal presentation took place today.

The President gave the award for their outstanding performance and service to the Nation during the war against the LTTE.

Former Army Commander Sarath Fonseka, who led the Army during the final stages of the war against the LTTE, was promoted as General following the defeat of the LTTE and then Field Marshal.