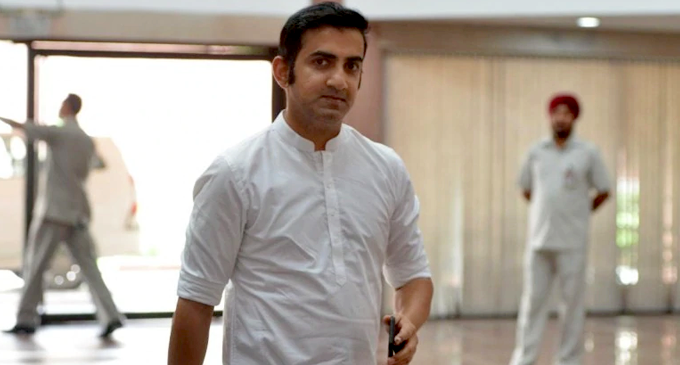 (FASTNEWS | COLOMBO) –  Former India cricketer-turned politician Gautam Gambhir took a dig at Pakistan over a video of the security arrangements in place in Karachi for the visiting Sri Lanka cricket team.

In a video going viral online, an array of security vehicles can be seen accompanying the Sri Lanka cricket team buses on their way to the National Stadium in Karachi. Convoy vehicles are surrounding multiple team buses and an ambulance also follows the array of vehicles in an apparent curfew-like situation.

A man can be heard giving a funny commentary to the scene in Karachi wherein Sri Lanka are playing the ongoing 3-match ODI series.

Gambhir’s jibe comes a day after he lashed out at Pakistan Prime Minister Imran Khan for his UNGA speech and termed it as ‘role model for terrorists’.

“Sportspeople are supposed to be role models. Of good behaviour. Of Team spirit. Of ethics. Of the strength of character. Recently in the UN, we also saw a former sportsperson speak up. As a role model for terrorists. @ImranKhanPTI should be excommunicated from sports community,” Gambhir had tweeted.

Pakistan have not been able to host high-profile international matches in the country ever since the 2009 bus attack on a touring Sri Lankan team bus. Gunmen opened fire at the team bus in Lahore, leaving several cricketers injured.

However, Sri Lanka agreed to play a full-fledged limited-over series after multiple assurances from the Pakistan Cricket Board. Sri Lanka will head to Lahore for a 3-match T20I series later this week.

Notably, 10 top stars, including Lasith Malinga and Angelo Mathews, withdrew from the tour, citing security fears. Their families reportedly were uncomfortable with the players touring Pakistan for the limited-over series.

After the washed out ODI in Karachi last week, Pakistan took an unbeatable 1-0 lead by winning the 2nd ODI on Monday.

Batting first Pakistan scored 305/7 in the allotted fifty overs and then they bundled out Sri Lanka for 238 runs, scripting a win by 67 runs.