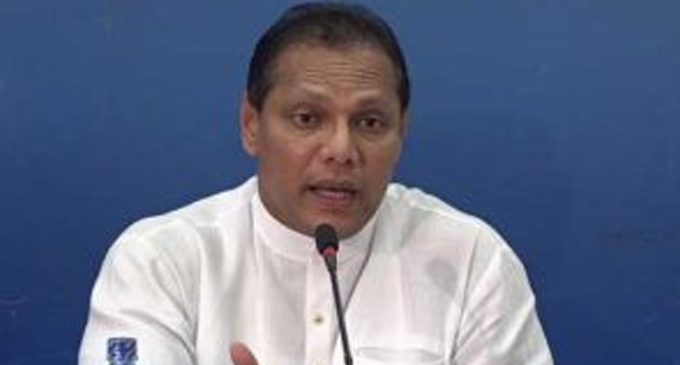 Addressing the gathering today, MP Jayasekera said the Sri Lanka Freedom Party will not be affected as a result of the alliance.

He added there are no major differences between the two parties, claiming that it is a force that loves the country, and can unitedly take the country forward.

The Parliamentarian noted they agreed to 27 policies towards forming a government led by Gotabaya Rajapaksa.

While reiterating that the SLFP will not dissolve, MP Jayasekara said the members should know to work towards the betterment of the party while working together with the Podujana Peramuna.

MP Dayasiri Jayasekara stressed the concerns that need addressing have been mentioned in the MoU, adding that the two parties agreed to form an alliance based on the MoU.

Dayasiri Jayasekera added the Sri Lanka Nidahas Podujana Alliance will be formed with the symbol of the chair.

MP Jayasekara said through the agreements, the pathway to take the country forward has been strengthened.

The Parliamentarian added Basil Rajapaksa and Dallas Alahapperuma of the SLPP, considered the proposals put forth by the SLFP, in order to form an alliance.