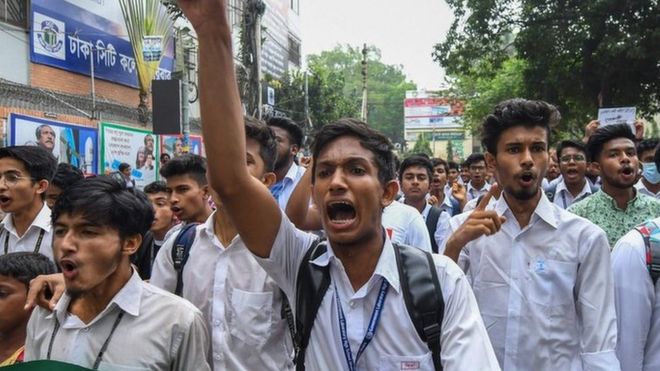 Three jailed in Bangladesh over crash that sparked mass protests

Demonstrations hit the capital Dhaka last year after two schoolchildren were run over and killed by a speeding bus.

The city was brought to a standstill, and more than 150 people were injured as authorities waged a heavy crackdown.

“We are happy with the verdict,” prosecutor Tapash Kumar Paul told the AFP news agency.