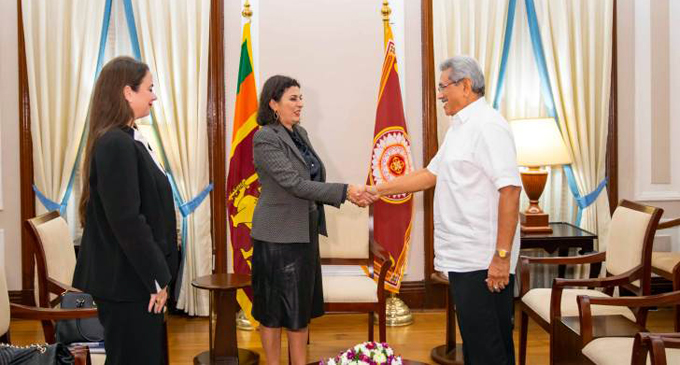 The Ambassador conveying her and her Government’s congratulations to the President on his assumption to the high office said that her Government expects to work in wider cooperation with Sri Lanka moving ahead with a new vision.

She expressed her confidence that Sri Lanka will forge ahead swiftly in every spheres including economic and social under the President and pledged her country’s fullest cooperation to make this plan a success.

A delegation of the Royal Norwegian Embassy in Sri Lanka headed by its Ambassador Trine Jøranli Eskedal was also met President Rajapaksa yesterday.

The delegation extended good wishes of the Government of Norway and pledged their country’s fullest support to the President.