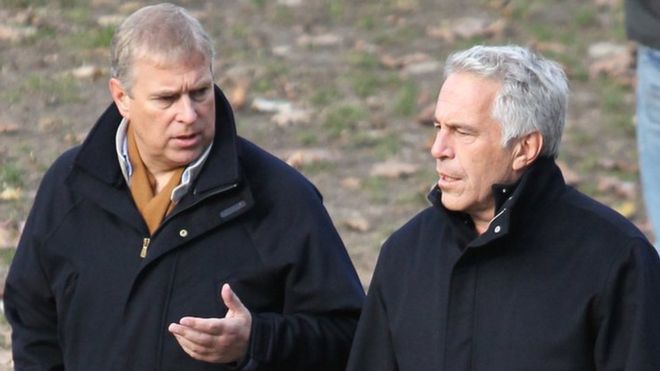 (FASTNEWS | COLOMBO) – Five women who accuse Jeffrey Epstein of abusing them say Prince Andrew witnessed how people were given massages at the sex offender’s homes.

The lawyer for the women has told BBC Panorama he plans to serve subpoenas to force the Duke of York to testify as a witness in all five cases.

He says the prince could have important information about sex trafficking.

The prince says he did not witness or suspect any suspicious behaviour during visits to Mr Epstein’s homes.

The lawyer for victims of Epstein, David Boies said: “One of the things that we have tried is to interview Prince Andrew and to try to get what his explanation is. He was a frequent visitor. They ought to submit to an interview. They ought to talk about it.”

The subpoenas – court summonses to give testimony – have been prepared for all five cases and would have to be signed off by a judge once the prince was on US soil.

He would then be able to challenge the subpoena in court if he did not want to give evidence.

Panorama also uncovered new information about the infamous photo of Prince Andrew with his arm around 17-year-old Virginia Giuffre – then called Virginia Roberts.

She said that she, the prince, Epstein and his then girlfriend, the socialite Ghislaine Maxwell, went to Tramp night club in London.

Ms Giuffre said that in the car on the way back “Ghislaine tells me that I have to do for Andrew what I do for Jeffrey and that just made me sick”.

When they got back to the house, she said she asked Epstein to take a picture of her to show her family. She then carried out the instructions to entertain the prince.

“Well there was a bath and it started there and then it led into the bedroom and it didn’t last very long, the whole entire procedure.

“It was disgusting. He wasn’t mean or anything, but he got up and he said thanks and walked out.”

Prince Andrew emphatically denies any form of sexual contact or relationship with Virginia Giuffre and says any claim to the contrary is false and without foundation.

He said he has no recollection of ever meeting her. 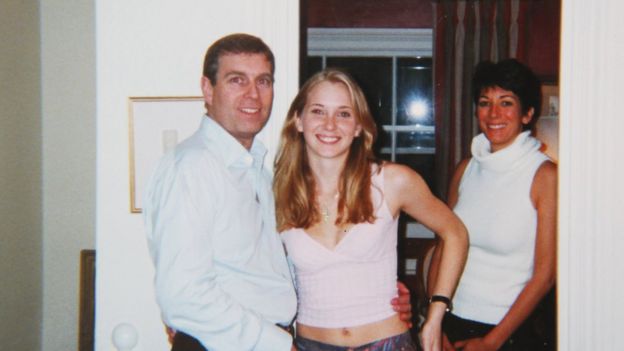