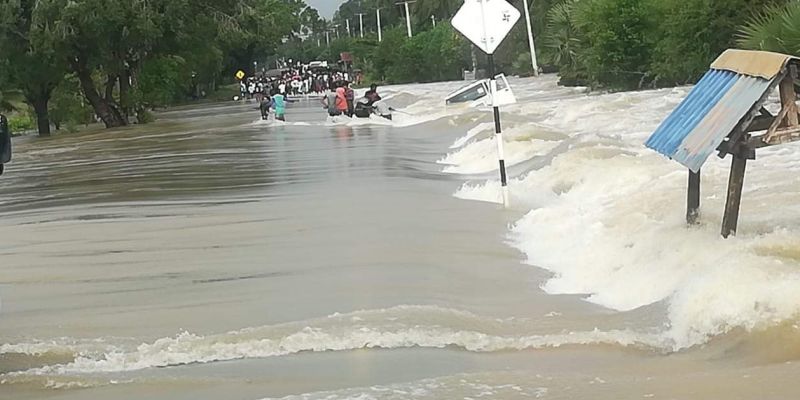 (FASTNEWS | COLOMBO) – A total of 14,164 persons in 14 districts have been affected by adverse weather conditions experienced in the country, during the past few days.

The Disaster Management Centre said five deaths have been reported owing to bad weather while five others have also sustained injuries.

Meanwhile, 3,149 persons who are affected by bad weather have been housed at 29 temporary shelters. Deputy Director and the Media Spokesperson of the DMC Pradeep Kodippili said the Tri-Forces, Police and other groups are engaged in search and rescue operations in a number of areas.

The DMC noted that six houses have been destroyed while 859 houses have also been partially damaged owing to gusty winds and heavy rains.

Pradeep Kodippili added a number of spill gates of reservoirs across the country have also been opened owing to heavy rains.

The DMC Deputy director also urged residents of low-lying areas to remain vigilant adding that downstream current is relatively strong along a number of rivers in the country.

Meanwhile, the Department of Meteorology predicts the prevailing showery condition to continue over the island next few days.

The Met Department said showers or thundershowers will occur in the Northern, North-central, Eastern and Uva provinces after 1.00 p.m.

It added fairly heavy showers about 75-100 mm are likely at some places in Central, Uva, Sabaragamuwa, Western, Southern provinces and in Mullaitivu, Trincomalee and Batticaloa districts.