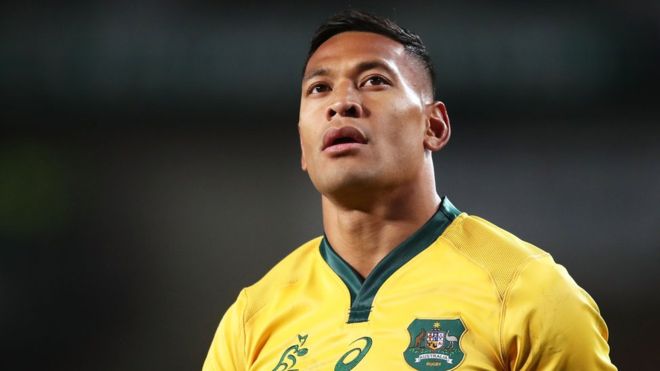 (FASTNEWS | COLOMBO) – Rugby Australia (RA) says it “did not back down” by reaching a financial settlement with player Israel Folau after he was sacked for making homophobic comments.

Folau, a Christian, argued he was a victim of religious discrimination.

He was sacked for saying “hell awaits” gay people, after previously being warned over his social media posts.

The parties settled for an undisclosed amount, according to a joint statement on Wednesday.

“We had to make a decision that was right for rugby in this country,” RA chief Raelene Castle said at a news conference in Sydney.

“We stick to our values that inclusiveness is absolutely core to rugby.”