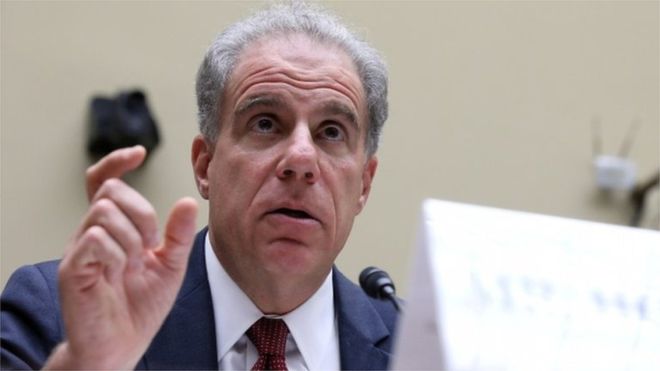 ‘No political bias’ in FBI probe of Trump campaign – [IMAGES]

(FASTNEWS | COLOMBO) – A US watchdog has found no evidence of political bias when the FBI launched an inquiry into the 2016 Trump campaign, despite “serious performance failures”.

The US Department of Justice inspector general’s report concluded the law enforcement bureau had “authorised purpose” to initiate the investigation.

But it also found applications to wiretap a Trump aide had “significant inaccuracies and omissions”.

Inspector General Michael Horowitz sought to assess the basis for the FBI’s surveillance of Carter Page, a former Trump campaign adviser who had lived and worked in Russia.

How did the report criticise the FBI?

Mr Horowitz wrote that the errors resulted in “applications that made it appear that the information supporting probable cause was stronger than was actually the case”.

The watchdog also found that an FBI lawyer assigned to the Russia case doctored an email from the CIA to a colleague that was used in an application from the bureau to monitor Mr Page.

The attorney “altered an email that the other US government agency had sent” with the effect that “the email inaccurately stated that Page was ‘not a source’ for the other agency”, the report said.

The watchdog also found FBI personnel “fell far short of the requirement in FBI policy that they ensure that all factual statements in a Fisa application are ‘scrupulously accurate'”.

The report said “so many basic and fundamental errors… raised significant questions regarding the FBI chain of command’s management and supervision of the Fisa process”.

How did the report back the FBI?

The inspector general found no basis for conservative claims that partisan hostility to Mr Trump had influenced the bureau’s probe.

“We did not find documentary or testimonial evidence that political bias or improper motivation influenced the decisions to open the four individual investigations,” he said.

Mr Horowitz also did not find that the FBI’s mistakes were intentional.

The investigation was opened “in compliance with department and FBI policies”, the report said.

Mr Horowitz also found the FBI’s use of confidential informants was in compliance with agency rules. 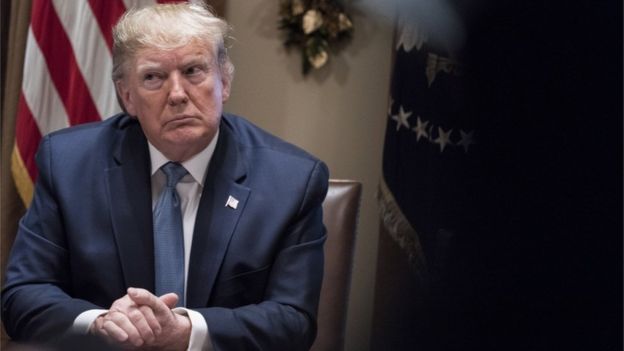 What about the ‘Steele dossier’?

The watchdog faulted how the FBI presented the work of former British intelligence agent Christopher Steele, who authored the so-called Steele dossier – a series of largely unsubstantiated allegations about Mr Trump.

Mr Steele was hired to do the research through a law firm on behalf of Mr Trump’s political opponents, including Hillary Clinton’s campaign. 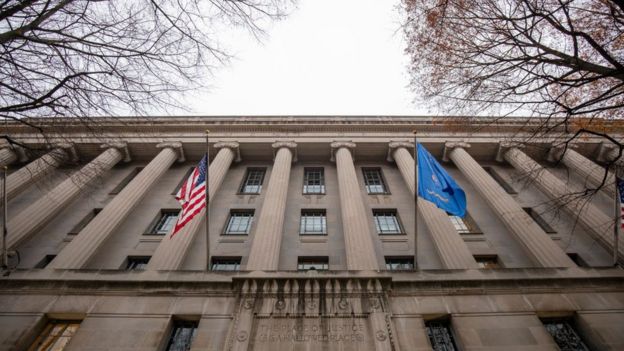 Mr Horowitz said the FBI “overstated the significance” of Mr Steele’s past work.

The watchdog also said the FBI left out relevant information about one of Mr Steele’s sources, whom Mr Steele himself had called a “boaster” prone to “embellishment”.

The report noted that the CIA itself viewed the Steele dossier as little more than “an internet rumour”.

But the watchdog said ex-FBI Director James Comey and his former deputy, Andrew McCabe, argued the Steele dossier should not be dismissed.

One FBI agent said in an instant message he “was so elated with the election” and likened the coverage to “watching a Super Bowl comeback”.

Another agent sent a message on the morning after the election saying: “Trump!” His colleague replied: “Hahaha.” “LOL,” the agent responded.

The messages expressed “statements of hostility toward then-candidate Trump”, the watchdog notes.

But the watchdog found no evidence that Mr Strzok or Ms Page’s investigative actions were influenced by their own political opinions.