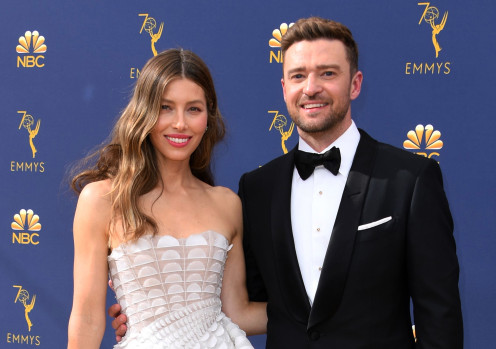 (FASTNEWS | COLOMBO) – Appears actor-model Jessica Beil isn’t too calm after all with the reports of her husband Justin Timberlake holding hands with his co-star Alisha Wainwright. Insiders say it was Jessica who pushed Justin to apologise because she was embarrassed and wanted him to take accountability.

‘In Time’ actor was seen holding hands with his co-star earlier this week which was followed by a public apology to his wife, which is now seen as a push from Jessica.

According to the information from a source, as reported by US Weekly, “Jessica encouraged Justin to put out his statement on Instagram because she felt embarrassed by his actions and wanted him to take accountability.”

Amid the rumour, the 38-year-old singer posted a written statement on Instagram, that read, “I stay away from gossip as much as I can,” the note begins. “But for my family, I feel it is important to address recent rumours that are hurting the people I love. A few weeks ago I displayed a strong lapse in judgment — but let me be clear — nothing happened between me and my costar.”

The rumours started to make the rounds on the internet as Timberlake, who shares four-year-old son Silas with his wife of seven years, Jessica Biel, was photographed holding hands with Wainwright on the balcony at The Absinthe House on Bourbon Street in New Orleans on November 21.