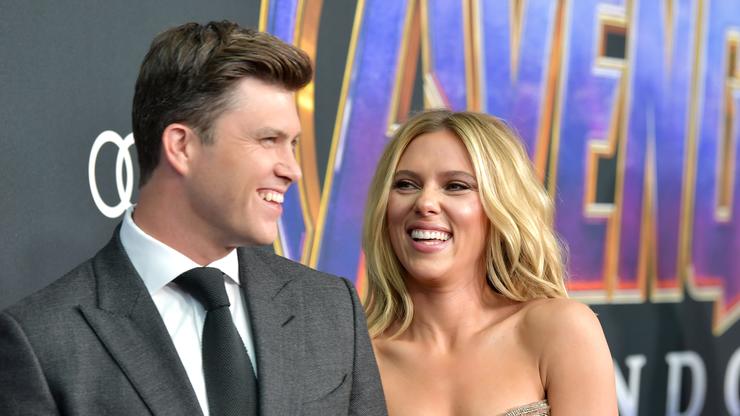 (FASTNEWS | COLOMBO) – The ‘Black Widow’, Scarlett Johansson, hosted the Saturday Night live for the sixth time. The event’s theme was based on the super-hero film ‘The Avengers’.

Scarlett’s introduction monologue spoofed the film based on Marvel comics.

The American-comedian actor, Pete Davidson was seen wearing the enormous Thanos’ glove as he made cast members disappear, exactly as seen in the original flick.

The show had comedian Aidy Bryant, who appeared in a holiday costume, and as she was talking she suddenly started disappearing. Gradually, other cast members started vanishing as well.

Scarlett then tried to save other characters only to discover that Davidson wearing Thanos’ gloves was creating mayhem.

After the late-night comedy show was done, Johansson thanked the audience and said she met the love of her life Jost at the show, reported The Hollywood Reporter.

On the professional front, Johansson has ‘Marriage Story’ and ‘Jojo Rabbit’ in theatres and the trailer of her upcoming movie the ‘Black Widow’ premiered earlier this month.