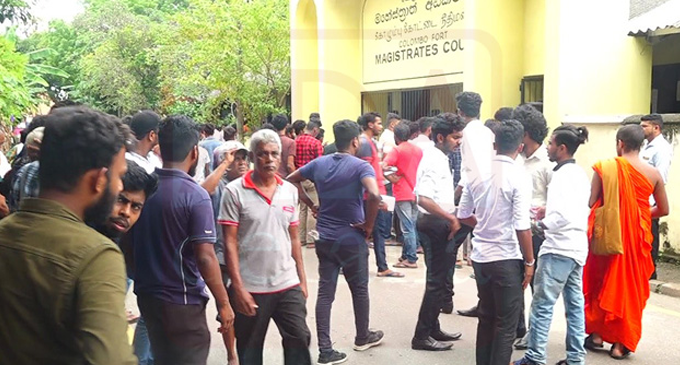 (FASTNEWS | COLOMBO) – The 12 students remanded over the clash that broke out at the Colombo University, were granted bail by the Colombo Chief Magistrate today.

The Cinnamon Gardens Police arrested the 12 students on January 9 following a complaint lodged with the police regarding a clash between two groups in the university while enroling newcomers. They were remanded till today by Colombo Chief Magistrate’s Court.

Two students were injured during the clash and had admitted to the Colombo National Hospital. The clash had broken out at the cafeteria of the University over an incident of ragging on January 8th.