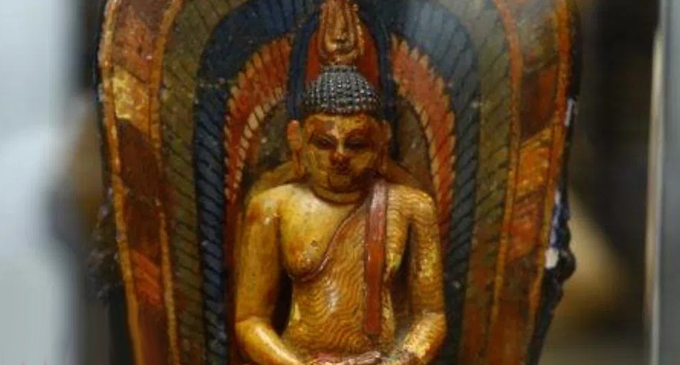 (FASTNEWS | UK) – A Buddha statue from an important religious site has been returned to Sri Lanka, 100 years after it was gifted to a British man.

Members of the Bell family have handed this statue down through the generations after archaeologist and explorer Harry Charles Purvis Bell, known as HCP Bell, was given the statue during a visit to a temple in the 19th century, while he was working in Sri Lanka.

Now HCP Bell’s grandson Reverend Kenneth Bell and his daughter Fiona have travelled from their homes in Overton, Hampshire to return the statue to its home inside the Temple of the Tooth in Kandy.

Scroll down to watch the video…