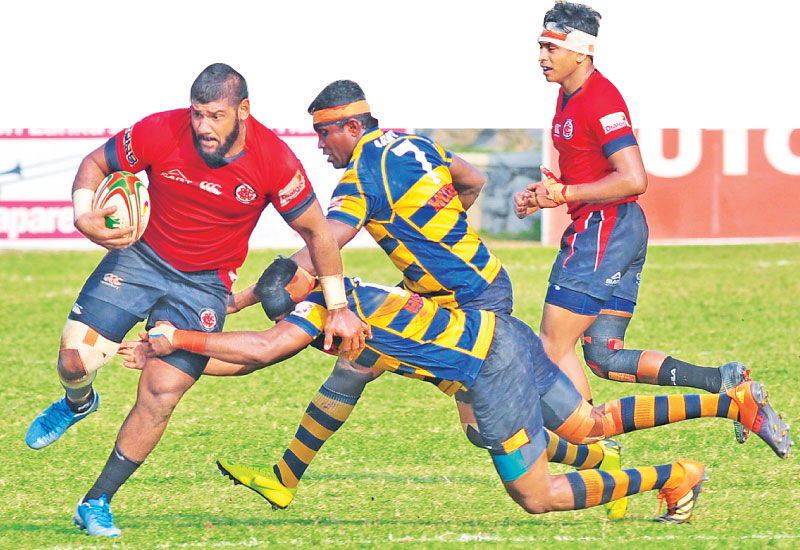 (FASTNEWS | COLOMBO) – CR and FC managed to pull off a hard-fought win by 31 points (3T, 4P, 2C) to 22 (4T, 1C) win over Army Sports Club in their Dialog ‘A’ division second round rugby league match played at Welisara yesterday.

Youngster Murshid Zubair drew first blood through a penalty in the 4th minute for CR who scored their first try in the 13th minute when Milan Suranga broke over from the ruck. Zubair added the extra points for CR to lead 10-0.

Both teams made some good moves from the kick off and CR punished Army in the first quarter with some excellent touches. Their second try was scored by Zubair and he was successful in converting it to make the score 17-0.

The soldiers found their form and the first try came from Isuru Madagedara. From the scrum, the ball was sent across the field and Dikkumbura saw the overlap and drew the defenders towards him and got the offload to Madagedara 17-5.

CR’s response was well constructed try from Janidu Dilshan shortly before half time.

On resumption in the 52nd minute, Ashan Bandara found a way through for Army’s second try which also went unconverted 22-10. Army followed that up with another touch down from Lahiru Ratnayake to cut down the lead to 22-15.

Although Army made inroads into CR territory they could not prevent CR from scoring back to back penalties 28-15. Army scored their fourth try through Sudaraka Dikkumbura which was converted but CR ensured they kept their lead intact with another penalty that more or less settled the issue.