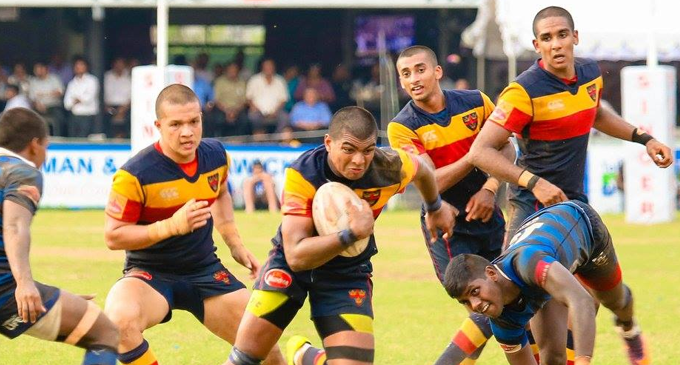 (FASTNEWS | Rugby) – Trinity College managed to pull off a 17 points (1 goal, 2 tries) to 8 (1 try, 1 penalty) victory in a thrilling second half scuffle over S Thomas College, Mt Lavinia in their Dialog schools rugby match played at Pallekele yesterday. The Thomians who gave a superb display in the first 33 minutes were leading 8-7 at half time.

In the second half the lion hearted Trinitians managed to claw back into the game to retain the Canon R. S. De Saram Shield. It was the Thomian forwards who dominated the game in the first 30 minutes of play to hold onto a one point lead at the end of the half. The Thomians were good in their loose play, rucking and ball handling and tackling was excellent, they made the Trinitians look slow and laboured in contrast. It was the Trinity forwards who let them down in the first half playing in their own territory.

In the second half the Trinitians played a better game, and the Thomians had many scoring chances but lost it owing to the players not knowing what to do.