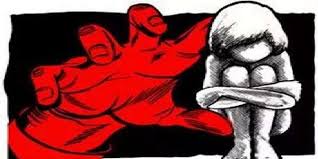 (FASTNEWS | COLOMBO) – The Federal Bureau of Investigation (FBI) is on the hunt of Sri Lankan origin US citizen for alleged rape of a six-year-old on March 7, 2020, in Franklin County, Ohio.

The accused, Chaminda Prabhath Palliyaguru has ties to New Albany, Ohio, and Anaheim, California. He is known to travel to Sri Lanka on a semi-frequent basis, the FBI reported.

On April 21, 2020, an arrest warrant was issued for Palliyaguru in the Court of Common Pleas, Franklin County, Ohio, after he was charged with rape of a minor child, under the age of 10, and three counts of gross sexual imposition of a minor child, less than 13.

On April 22, 2020, Palliyaguru was charged federally with unlawful flight to avoid prosecution by the United States District Court for the Southern District of Ohio, Columbus and a federal warrant was issued for his arrest.

Palliyaguru was last seen in San Diego, California, near the U.S./Mexico border. 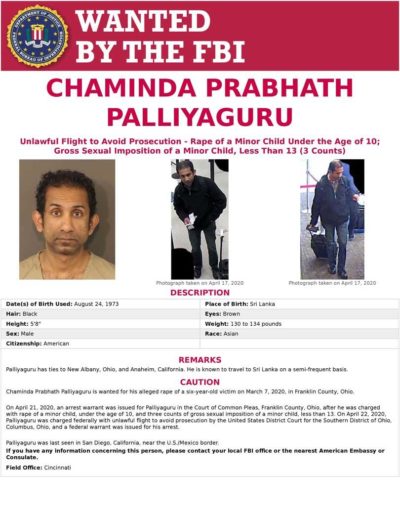