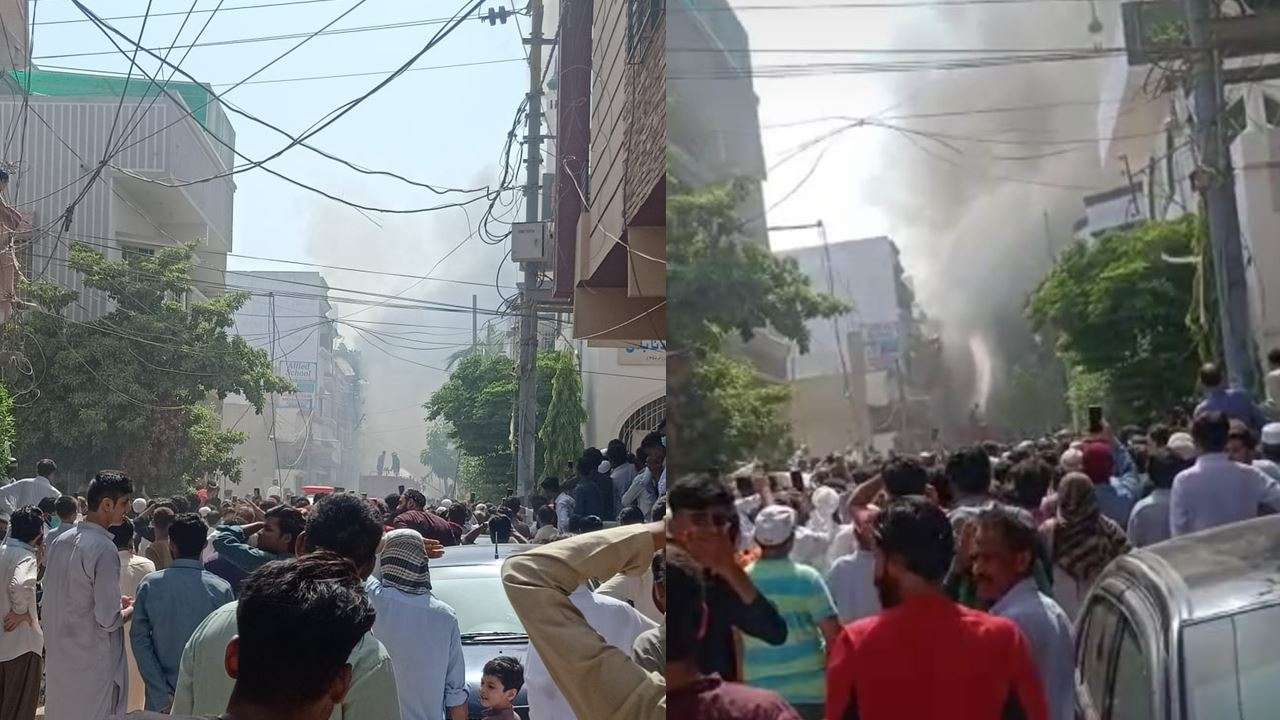 PIA spokesperson Abdul Sattar confirmed the crash and added that Flight 8303 was carrying 90 passengers and 8 crew members from Lahore to Karachi.
Footage showed plumes of smoke rising from the site of the crash. Ambulances and rescue officials arrived at the scene to help residents.

Minister of Health & Population Welfare has declared emergency in all major hospitals of Karachi due to the plane crash, according to Meeran Yousuf, the media coordinator to the Sindh health minister.

Last year, a PIA aircraft escaped accident after it skidded off the runway while landing at Gilgit airport.

Passengers had remained safe in the accident, but the plane suffered considerable damage.

In 2016, PIA flight PK-661 carrying 48 passengers and crew had crashed on the way to Islamabad from Chitral on December 7. There were no survivors from the ill-fated flight (DAWN)