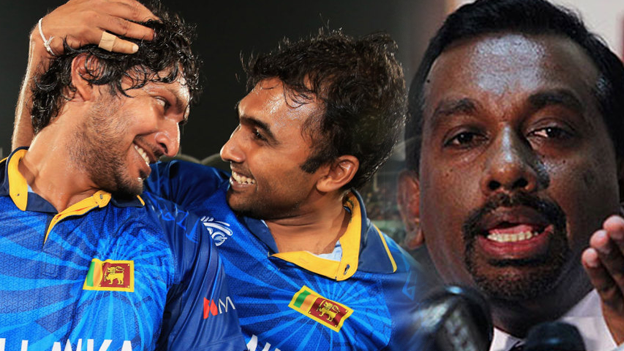 In an interview with a private television channel, Aluthgamage alleged that he can responsibly claim that the match was sold to India by certain parties. He said he wished not to involve names of any players.

However, responding to the claims, Mahela Jayawardana tweeted, “Is the elections around the corner? Looks like the circus has started. Names and evidence? #SLpolitics #ICC.”

Kumar Sangakkara who was the captain of the Sri Lankan Cricket team during the 2011 WC final, tweeted that the former minister needs to take his “evidence” to the ICC and the Anti-Corruption and Security Unit so the claims could be investigated thoroughly.

When contacted by a prominent online news portal in the isle, Sangakkara further said it is baffling why Aluthgamage who was the sports minister at that time, waited so long to open up about something this serious in such a casual manner.

Former Sri Lanka cricketer and former Sri Lankan cricket team Batting Coach Tilan Samaraweera also tweeted and said, “What a shaky statement! Why couldn’t the person who was on the highest seat of sports then, …. Get this investigated by the ICC, then?

Meanwhile, the Sri Lanka Cricket Board Chairman Shammi Silva regarding the allegation, has said that the SLC has never received a complaint or any report over the 2011 WC Final match.

“We have not received any reports about allegations over any incident of fixing the 2011 World Cup Final match. I wasn’t even in the SLC then. Therefore, I don’t have much to say about this allegation. It is only the former minister who levelled the allegation who needs to explain his claim,” Silva told the media.