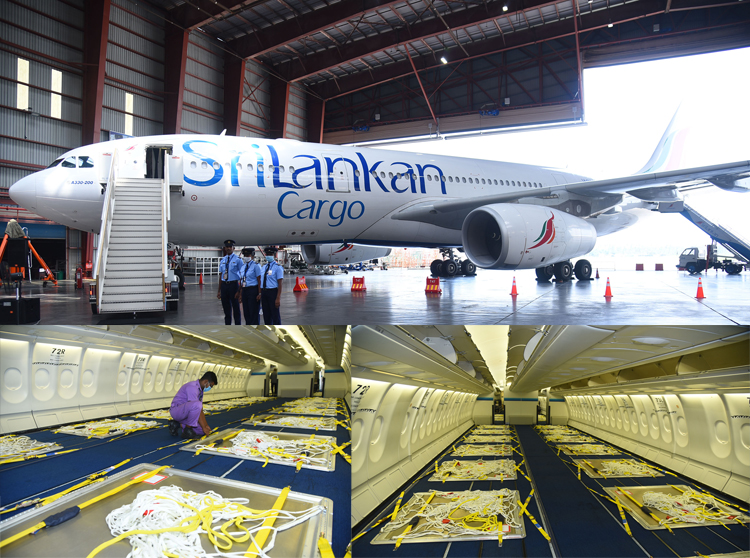 (FASTNEWS | COLOMBO) – In its quest to continuously support Sri Lanka’s export industries and to keep the country connected with the global economy during the pandemic, the National Carrier SriLankan Airlines has converted a wide-body passenger aircraft into a dedicated cargo aircraft.

This converted Airbus A330 aircraft will commence operations on the 25th of June to key destinations in the Far East and Europe.

Mr. Ashok Pathirage, Chairman of SriLankan Airlines said, “We have transformed this aircraft to allow maximum cargo capacity with main deck loading in addition to the aircraft’s lower deck cargo hold to mainly support the needs of our export industries, as well as our imports sector, during the current global shortage of air cargo capacity and to strengthen the airline’s revenue stream during a time when the air transport industry is in crisis.”

The reconfiguration of the aircraft was carried out inhouse at the airline’s hub at Bandaranaike International Airport, where the SriLankan Airlines’ engineering team worked around the clock. The new operational configuration has been certified by the Civil Aviation Authority of Sri Lanka.

Mr. Chamara Ranasinghe, Head of SriLankan Cargo said, “With the poor demand for passenger travel and the consequent reduction of air freight capacity in the global market has left a significant void for global supply chains.  The past few months have seen SriLankan Airlines operating several routes specifically to cater to this demand for cargo capacity with our fleet of passenger aircraft. The converted operation comes at an ideal time for providing customers with enhanced volume capacity in maximizing the connectivity per flight.”

SriLankan Airlines currently operates other aircraft on special cargo flights to 20 destinations in the Europe, Middle East, Australia, India and the Far East regions whilst offering capacity for cargo charter operations to customers in need of the same.