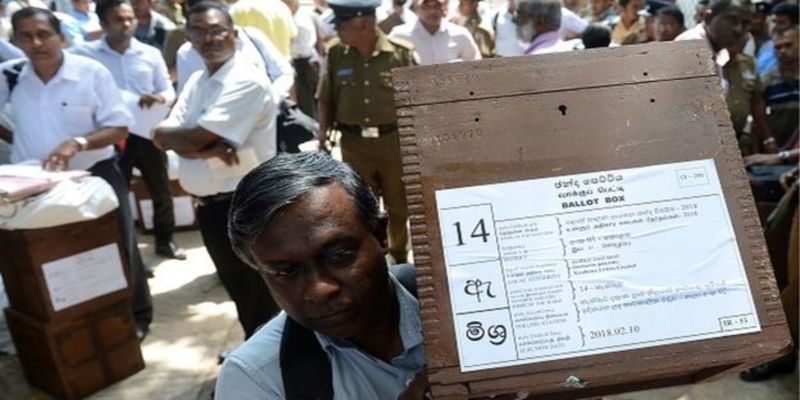 (FASTNEWS | COLOMBO) – The counting of ballot papers of the 2020 General Election is scheduled to begin at 8am on the 6th of August.

Chairman of the National Election Commission Mahinda Deshapriya has announced that the first official result of the Parliamentary Election is expected be released at 4pm on the 6th of August.

Elections Chief Mahinda Deshapriya made this announcement during a meeting with Heads of Media institutions currently underway at the Election Secretariat.

Meanwhile, a decision on extending the polling period is also expected to be announced today by the National Election Commission.

It has been proposed to extend the voting period, owing to the health guidelines that have been put in place to be adhered to due to the threat of the coronavirus.

Accordingly, two proposals have been put forth, extending the usual 7am to 4pm voting time period till 5pm while the other being, opening polling centres at 6:30am and concluding voting at 4:30pm.

The 2020 General Election is scheduled to be held on the 5th of August.