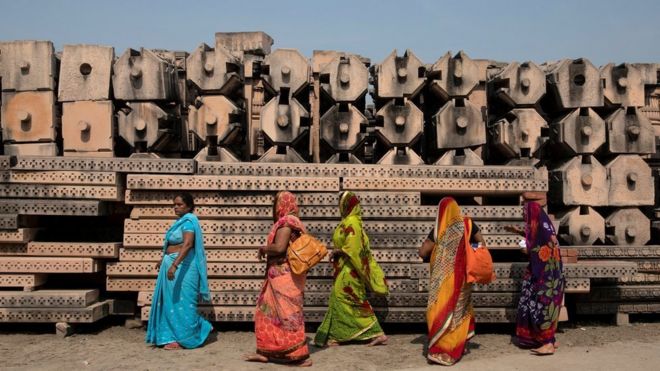 (FASTNEWS | COLOMBO) – Indian PM Narendra Modi has laid the foundation stone for a Hindu temple in the northern city of Ayodhya.

Hindu mobs demolished a medieval mosque there in 1992, saying it was built on the ruins of a temple for Lord Ram, a revered deity.

Hindus and Muslims claimed ownership over the site for decades. Last year, the top court gave the site to Hindus, ending a decades-long legal battle.

The inauguration comes amid a massive surge in coronavirus cases in India.

The dispute, which goes back more than a century, has been one of India’s thorniest court cases. The Supreme Court gave Muslims another plot of land in the city to construct a mosque.

The construction of the temple is a core promise made by Mr Modi’s governing Bharatiya Janata Party (BJP), and is seen as a huge symbolic gesture for its strident Hindu nationalist base.