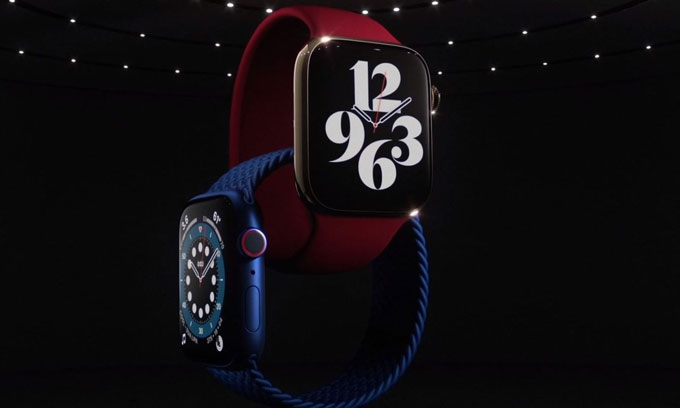 Apple says the Series 6 can measure blood oxygen levels in about 15 seconds, using both red and infrared light. The company says it’s partnering with health networks to start large-scale studies using the new blood oxygen measurement feature, including testing to see if it can detect if a person is infected with COVID-19.