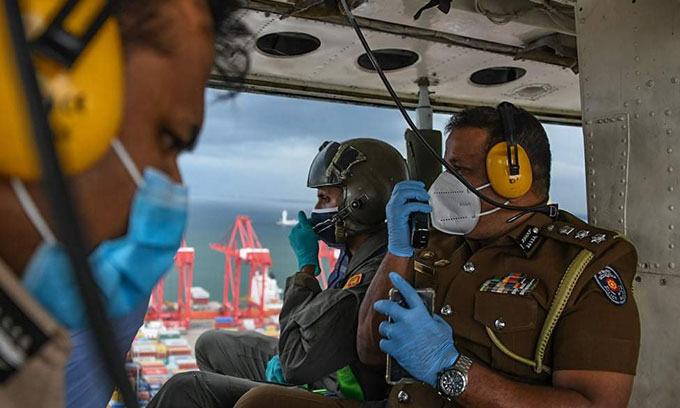 The air surveillance by drones and air force helicopters resumed this morning in Modara & Mount Lavinia. Seven suspects were arrested from Modara this morning will be produced before the court, he said.

Operations will continue this afternoon to evening to track those who violates quarantine regulations in locked down areas.

Drone operations to tracking suspects in locked down areas were started yesterday and police were able to arrest 15 from Modara during the operation.