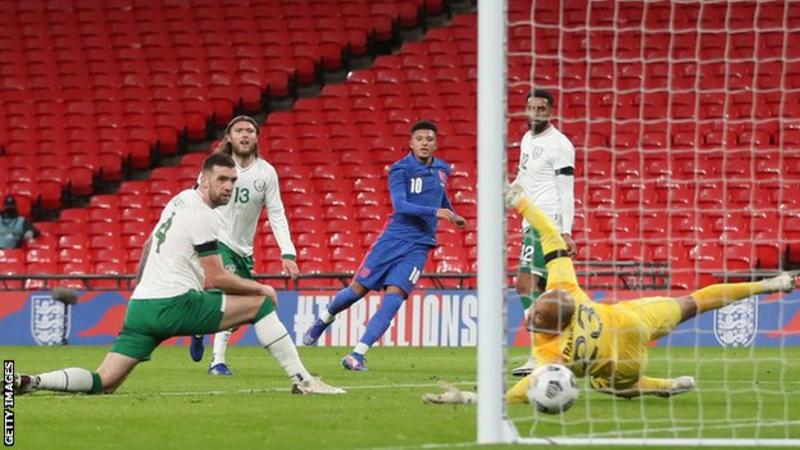 Bellingham makes debut in England win over Republic of Ireland

(FASTNEWS | COLOMBO) –  England strolled to victory against the Republic of Ireland in their friendly international at Wembley.

Manager Gareth Southgate gave his undercard a chance as he kept England’s main players back for the Uefa Nations League match in Belgium on Sunday – but they still had far too much for an outclassed Republic side.

Jude Bellingham, brought on as a substitute for his debut in the second half, became England’s third-youngest full international at 17 years and 137 days.

Harry Maguire, given the captain’s armband, erased some of the misery of his last England appearance – when he was sent off in the Nations League home defeat by Denmark – by heading in Harry Winks’ cross after 18 minutes.

Jadon Sancho doubled England’s advantage before the break and their total control was emphasised when Dominic Calvert-Lewin scored emphatically from the penalty spot in the 56th minute after Bukayo Saka was fouled by Cyrus Christie. It sealed England’s first win against the Republic since 1985.