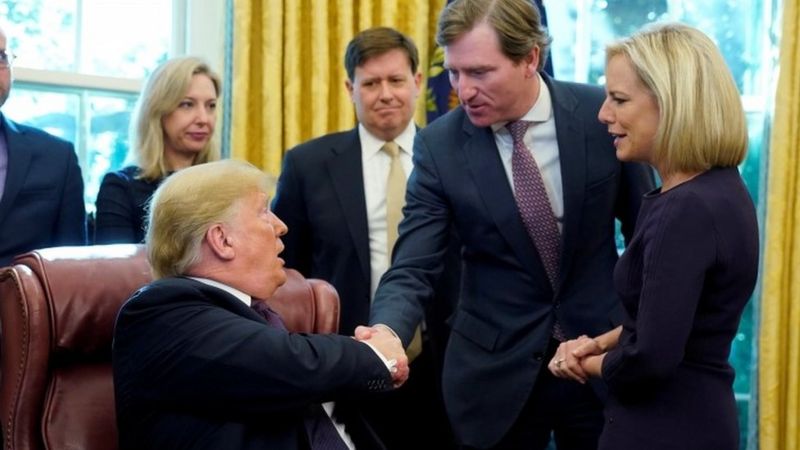 (FASTNEWS | COLOMBO) –  Donald Trump says he has fired a top election official who contradicted the US president’s claims of voter fraud.

Mr Trump has refused to concede the US election, and has made unsubstantiated claims of “massive” voter fraud.

Election officials said the vote was the “most secure” in US history.

Mr Krebs is the latest official to be dismissed by the US president following his defeat, with Defense Secretary Mark Esper also shown the door amid reports Mr Trump doubted the Pentagon chief’s loyalty.

There is speculation in Washington DC that before Mr Trump leaves office in January, CIA director Gina Haspel and FBI director Christopher Wray could also be for the chopping block.