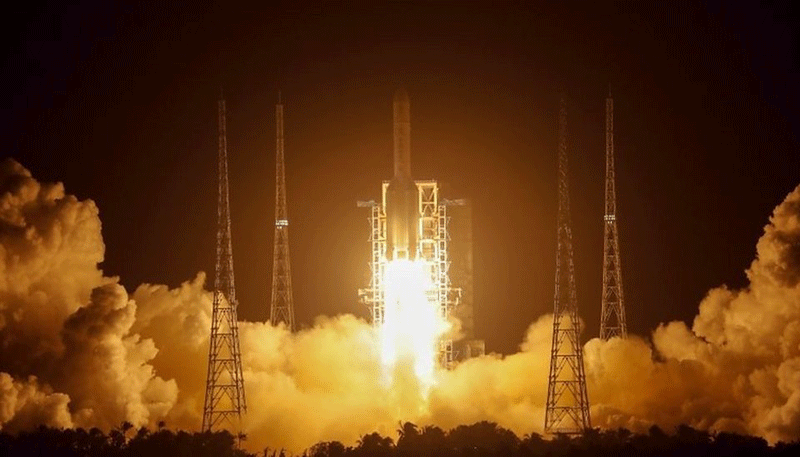 (FASTNEWS | COLOMBO) – China has launched a mission to try to retrieve rock samples from the Moon.

Its robotic Chang’e-5 spacecraft departed the Wenchang launch complex on a Long March 5 rocket early on Tuesday morning local time, and if successful should return to Earth in mid-December.

It’s more than 40 years since the Americans and the Soviets brought home lunar rock and “soil” for analysis.

China aims to be only the third country to achieve this feat, which will be an extremely complex endeavour.

It’s a multi-step process that involves an orbiter, a lander-ascender and finally a return component that uses a capsule to survive a fast and hot entry into Earth’s atmosphere at the end of the mission.

But confidence should be high after a series of well-executed lunar missions that started just over a decade ago with a couple satellites.

These were followed up by lander-rover combinations – with the most recent, Chang’e-4, making a soft touch down on the Moon’s farside, something no spacefaring nation had previously accomplished.