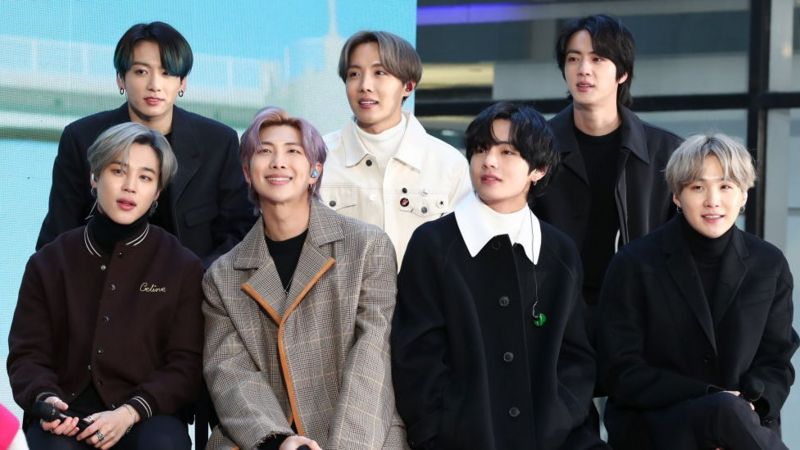 BTS gets first ever Grammy nomination for K-pop

Their latest hit song “Dynamite” was nominated for the Best Pop Duo/Group Performance category, alongside stars like Lady Gaga and Taylor Swift.

The group posted a reaction video on Twitter, showing them cheering when their nomination was announced.

K-pop expert Jeff Benjamin tweeted that the Grammy nomination was a “huge long-awaited moment in their careers”.

He added that it marked a major moment for diversity for “music’s biggest night” – which will be held on 31 January.

Dynamite, the band’s first all-English single, topped the Billboards for weeks when it was released earlier in August.

News of the nomination flooded social media, with many voicing praise and support for the boy band, currently one of the biggest bands in the world.