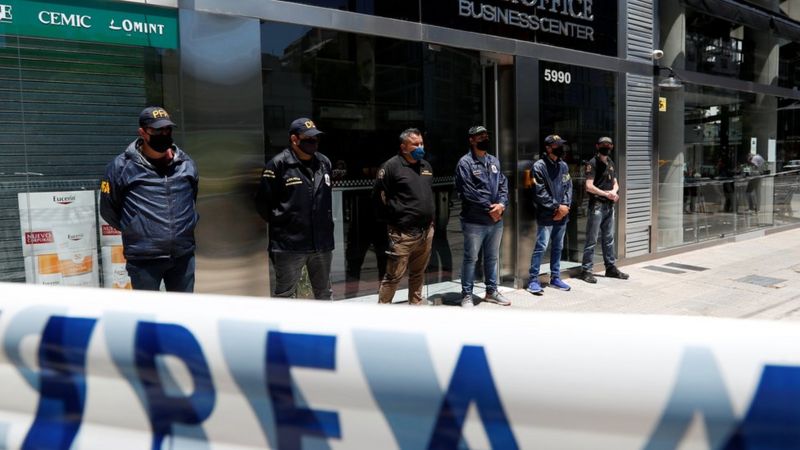 Police in Buenos Aires have searched the house and private clinic of Leopoldo Luque as they try to establish if there was negligence in Maradona’s treatment following surgery.

The 60-year-old died of a heart attack at his home where he was recuperating.

Dr Luque has not been charged. He denies any wrongdoing.

Maradona had a successful operation on a brain blood clot earlier in November and had been due to be treated for alcohol dependency.