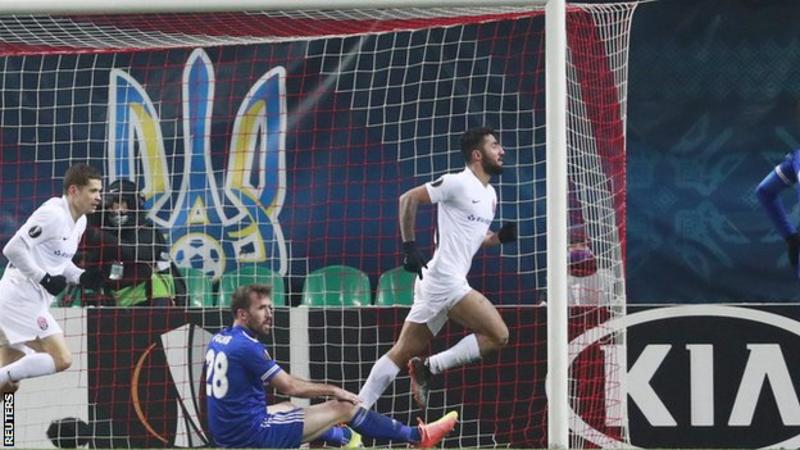 (FASTNEWS | COLOMBO) –  Leicester’s hopes of sealing top spot in Europa League Group G with a game to spare were dashed as Ukrainian side Zorya Luhansk grabbed a late winner on a freezing night in Zaporizhzhia.

A win would have been all but enough for the Foxes, but they might now have to defeat AEK Athens in their final match to ensure that top status.

Manager Brendan Rodgers made several changes to the line-up that started in the 2-1 defeat by Fulham, but welcomed back senior players Ricardo Pereira, Caglar Soyuncu and Wilfred Ndidi following spells on the sidelines.

However, Turkish centre-back Soyuncu’s return lasted only 17 minutes when he suffered a recurrence of his groin injury, later confirmed by the Foxes boss.

Leicester twice came close to scoring in one move 10 minutes from time when Zorya goalkeeper Nikola Vasilj extended himself to block shots from Kelechi Iheanacho and then substitute James Maddison. Vasilj then threw himself to his right to keep out Cengiz Under’s 20-yard strike.

Zorya worked their opponents far harder with keeper Danny Ward, making only his second appearance of the season, pulling off two superb saves to deny Vladislav Kochergin and Andrejs Ciganiks, while Vladlen Yurchenko’s header came off the bar.

“It’s frustrating overall,” Rodgers told BT Sport. “I didn’t think the players deserved to lose that at all.

“As the second half went on, we looked like the only team going to win. The players put so much into it. They were difficult conditions.”