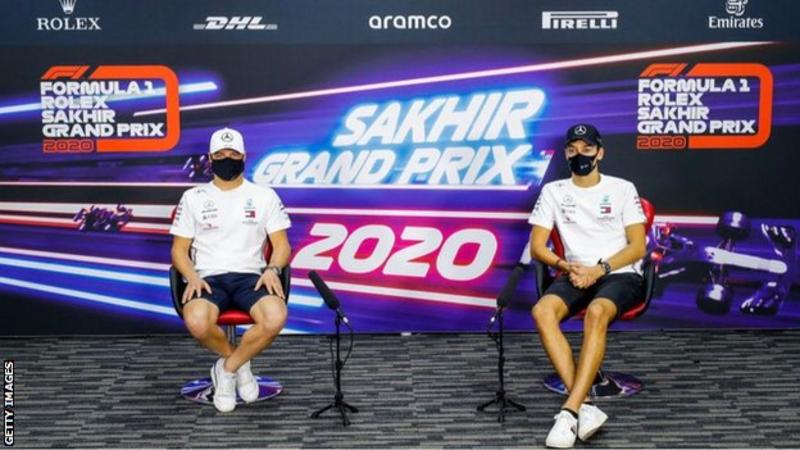 Russell under no pressure in Mercedes

Hamilton has had to miss the race because he tested positive for coronavirus and Mercedes negotiated a temporary release for Russell from his Williams team.

Russell, who rejected the idea that it was an audition for a Mercedes seat in 2022, said: “There have been no targets expected of me by Mercedes because you can’t judge somebody off one race.”

His team-mate Valtteri Bottas’ contract lasts until the end of next season and many in F1 will see Russell’s drive at Bahrain this weekend – and perhaps in Abu Dhabi the weekend after if Hamilton does not recover in time – as a showdown between the two.

“That’s not in the back of my mind,” Russell said. “I’m going to go out there, enjoy it and learn as much as I can.

“I have a job to do on my return to Williams and try and push that team forward. I need to take this opportunity with both hands and maximise the learning. The future will be judged over the course of a season, and what’s happened in the past, not just one or maybe two races.”

Bottas admitted: “If he beats me, for sure it wouldn’t look so good on me if I had a normal race fair and square, so I try to avoid that. But I’m not a person who thinks like that, I try to turn things into motivation and positive thinking and that’s my mindset for this weekend.”

Russell pointed out he faces a tough task this weekend.