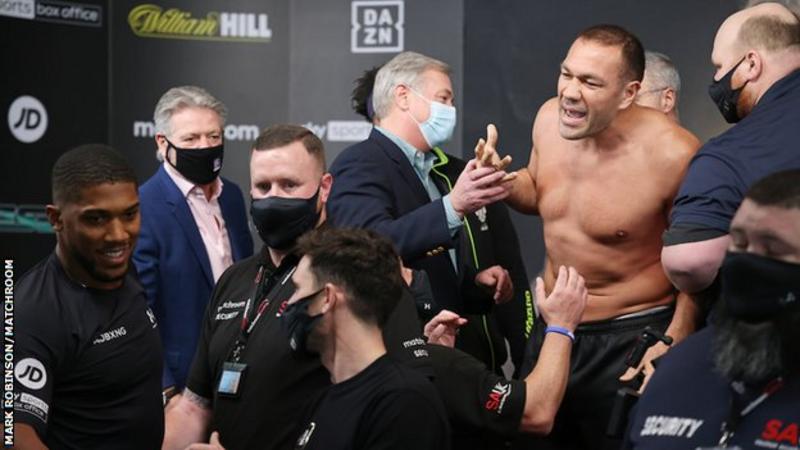 Joshua and Pulev clash at weigh-in before heavyweight fight

The pair stood face to face – Pulev shouting, and Joshua waving his finger – with security keen to intervene.

“I would have just clapped him in his jaw there and then, but I have to wait until tomorrow,” Joshua, 31, said.

Speaking to Sky Sports, the British boxer said he could not repeat what he said to Pulev on television, adding: “Many years I’ve been in boxing and seen a lot fighters talk a lot of rubbish, then they get smacked up.

“I know what he’s like, I have studied him. He thinks he’s a warrior. I said ‘don’t let the guys you’ve fought gas you up, you’re in with a real one now’.

“When people come in the ring with me they are confident and then after a few rounds their soul gets destroyed. When I see that I can take them out.”