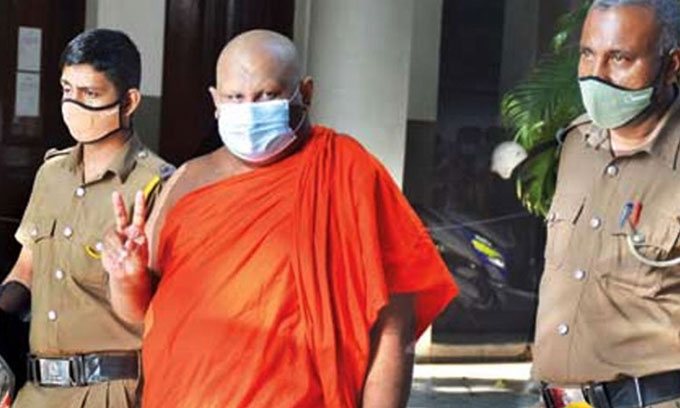 (FASTNEWS | COLOMBO) – Ven Uwatenne Sumana thera who was sentenced to life imprisonment(a political supporter of former Army Commander Sarath Fonseka during his candidature for President in 2010), granted a Presidential pardon.

President has granted pardon for him subjected to that the monk withdraws appeal against the verdict.

Three others, all were Tamils arrested along with the monk, but were later acquitted by the court.