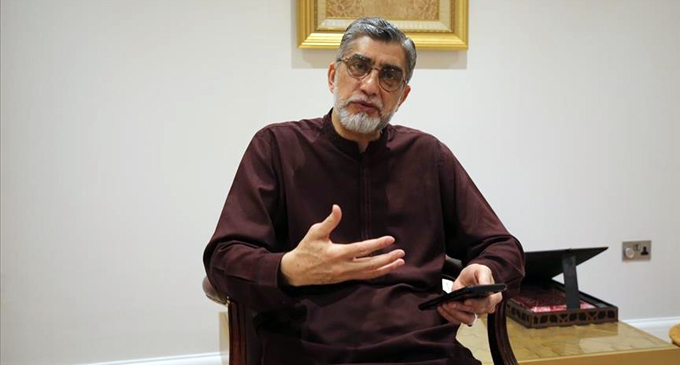 (FASTNEWS | COLOMBO) – The compulsory cremation of bodies of Muslims dying from COVID-19 in Sri Lanka is “Purely a political measure” and it is “Unacceptable”, a Faith Leader from the British Muslim community said.

It is “A political measure where a collective punishment is given to the Muslim community for political reasons,” said Sir Iqbal Sacraine, the Founding Secretary-General of the United Kingdom (UK)’s biggest Muslim umbrella group, the Muslim Council of Britain (MCB).

Speaking to Anadolu Agency, Sacraine pointed out that the “Situation in Sri Lanka is quite serious.”

The Sri Lankan Government “Passed that directive through the Health Committee that anyone dying from COVID-19, irrespective of their background, should be cremated,” Sacraine said.

“Now, of course, this goes against the principle of Abrahamic faith which includes Muslims, Christians, and Jews,” he said, adding: “They have been directed that dead bodies should be buried.”

Sacraine said “Now, this has never happened in any part of the world. Sri Lanka is the only country in the world which has imposed this directive. And this is mandatory. More than 103 Muslims have been cremated, which included a 20-day-old baby whose parents tested negative.”

Sacraine said the cremation of Muslims is “Against the basic human rights of an individual in a community.

“It goes against the international conventions of the United Nations (UN), the European conventions, and every convention around the world. Respect for religion and religious sensitivities is paramount,” he added.

Underlining that the Muslim community in Sri Lanka has launched a legal appeal, Sacraine said, “After having many meetings with Ministers and the Prime Minister, they [Muslims] failed to convince the Government that this is not fair. It’s a form of oppression against a community.”

The Supreme Court has rejected the Muslims’ petition.

Sacraine said there is no scientific proof that the virus spreads from grave. “There is no medical and scientific evidence to confirm what the Government is saying. A Senior Virologist in Sri Lanka has provided evidence to negate that sort of understanding. So, it is confirmed that this has nothing to do with science and health.”

He said, “It’s purely a political measure. A collective punishment is given to the Muslim community for political reasons, and this is unacceptable.”

Sacraine said the MCB “Has set up a special task force … and God willing we have now launched a major campaign.”

He said, “We have been in touch with more than 20 countries, with different Heads of States, Departments and Ministers of Foreign Affairs and they have all started putting pressure on the Sri Lankan Government that what it is doing is unfair and illegal under the international law.”

Sacraine said they are also in touch with the office of Turkish President Recep Tayyip Erdogan and “We hope he will help stop this practice.” He said the British Foreign Office has also written to its Sri Lankan counterpart, expressing concern over Muslims’ cremation.

He said they have received support on the matter from South Africa, Botswana, Malawi, Australia, New Zealand, Malaysia, and Indonesia so far. “All these countries are now supporting us. So, it’s a matter of time. The sense will prevail and it will end. We do not want this dangerous precedent to be established by Sri Lanka.”

He said if Sri Lanka gets away with this action, “Then there are other countries who for political, … Islamophobic reasons, can impose similar actions.”

“We should not desecrate dead people, we should not be committing acts of sacrilege against those dying from COVID-19.”

Pointing out a statement by Sri Lankan officials that the bodies could be used as “A biological weapon against the communities,” Sacraine described it as “Nonsensical”.

He also noted, “International media should highlight this issue. I hope and pray that more and more people around the world would protest in a dignified manner through High Commissions and convey a very powerful message that this injustice will not be accepted by Muslims in any part of the world.”