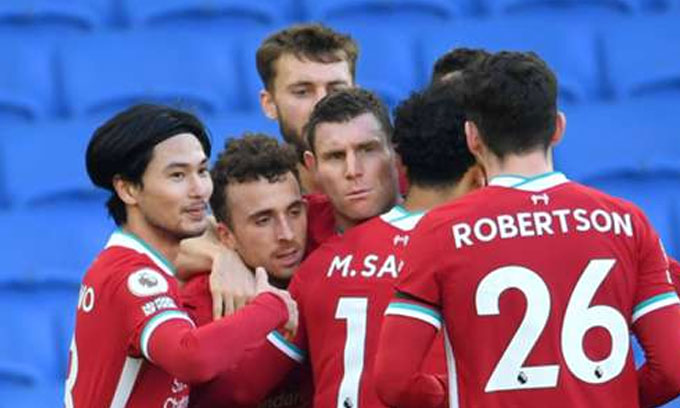 (FASTNEWS | LONDON) – If there is a last-gasp winner in Liverpool’s seismic Premier League clash with Manchester United at Anfield on Sunday, one set of fans will be hugging on their sofas in front of the TV but the goalscorer will be under orders to celebrate alone.

The sight of players huddling after goals has drawn criticism in

Britain, with the rest of the population asked to adhere to strict COVID-19 distancing rules during the pandemic.

Clubs were reminded of Premier League guidelines this week including that handshakes, high-fives and hugging should be avoided and chief executive Richard Masters stressed on Friday that players must follow the rules.

“They know we’re asking them now again to adjust their behaviours on the pitch, in goal celebrations and around the beginning and the end of matches.

Julian Knight, the chair of the cross-party Digital, Culture, Media and Sport (DCMS) committee, said on Thursday that players should be shown yellow cards for celebrating goals.

But Premier League managers are sceptical about asking players not to celebrate with their team mates.This is what they said on Friday.